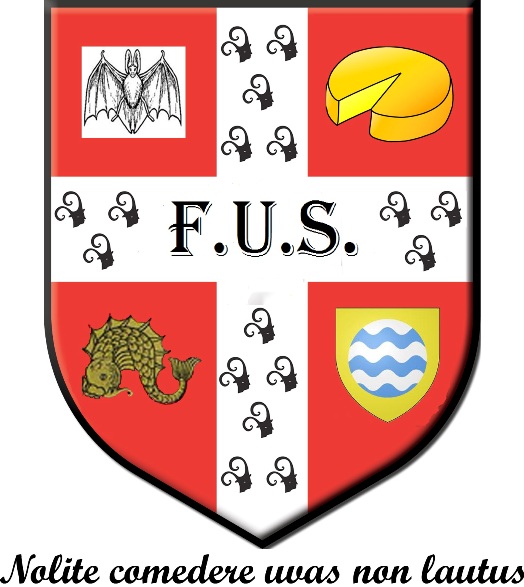 So what is Seething? Well if you ask Seethingers it is likely that they will mention, community, togetherness and, as I was once told, being a bit a little bit stupid just because life is a little nicer when those things are involved. I once described the State of Seething to other anthropologists at a conference. I showed them pictures of myself with a giant paper sardine on my head, an image of the then UK environment minister sliding precariously skiing down a hill with blocks of ice laced to his feet and a video of a mildly drunk man dressed as a 15 foot giant, hurtling towards oncoming cars whilst balancing on a segway. Anthropology is the study of the things people do and want to do to make them feel more human. As such many of the other anthropologists in the room studied such things as the rituals of Papua New Guinea, the emerging religious ideologies of China, the ways in which new manufacturing techniques are shifting global understandings of economy and notions of work and so on and so on. After listening patiently one anthropologist asked ‘it sounds like your work is a lot of fun, how is this anthropology?’

The answer is simple; having fun is a thing most people do or want to do (some don’t, I met one once, they ask awkward questions at conferences). So what if we take stupidity seriously for a minute, we can ask, what does this actually do? How exactly does it help us be more, well… us? Let’s start with the heritage of suburbs. Many people imagine suburbs as that place of twitching net curtains, of rows of mowed lawns and commuter monotony which induces a suburban zombie death (bear with me). My friend and fellow academic, Helen, once wrote an excellent piece which argued that Seethingers take the non-history and this imagined dullness of suburbs in order to play, that is, to insert life into the imaginary of suburbs through the very myths, stories and histories it lacks. Around these myths much fun, togetherness and community building is had, all fueled through being a little bit stupid. But still what is this ‘stupidity’ precisely? The Oxford English Dictionary says that ‘stupid’ is the lack of sense. Now take the Sardine Festival parade, which consists in part of four (sometimes five – important to note) guinea pigs pulling a cart full of sardines through the streets of Surbiton, following the fishing catch from the Thames which was aided by a good serenading of Seething shanties. The parade is followed by Seethingers replete with banners, fish hats and giant cheese costumes along to a park where drinking, dancing eating and drinking is had in plenty. One could say that this would, upon first viewing, make little sense and whilst not wrong, it’s not quite right either. If you live in, or even pass through, or just know a little about the borough of Kingston then you will know that the symbol of the fish are everywhere. They can be found on street signs, on bins and lamp-posts and on all council correspondence. The fish, as the symbol of the borough, relate to the historic link to the doomsday book of 1086, where three fisheries were recorded upon the site of Kingston. So the sardines, being as they are fish, have some link to Kingston, so there is some sense, perhaps? One Seethinger once told me of how he once walked Kingston’s streets and thought of the fish he saw as the symbol of a stuffy local council, of a deep history to which he didn’t relate and of a royal association (via the fish pond in Hampton Court). The fish were a symbol of a social hierarchy of which he was not a part. However he went on to tell me, in beautiful detail of how, since the Sardine parade he sees the fish as little reminders of singing sea shanties on a sunny day, of watching the community dress up and confuse the local traffic through being fish and of dancing and sharing food in a local park, which until then he had seldom used. Now he sees the fish and smiles as the fish remind him of something, something fun, happy and, just a little bit stupid. So stupidity, or almost stupidity, which is making something make slightly less sense, has the ability to take something, such as the idea of suburb, or the way a fish symbol makes you think, and change it a little into something else. This little change, where there is less sense but still sense makes things different. What is that difference? It is the difference between smiling and not, between fun and dull, between being somewhere and living in a place which is yours, ours. In this way being a little bit stupid is hugely important.

As I learnt more about Seething I asked a number of Seethingers to take me on walks. Eventually a series of Free University of Seething walks were done together in groups making a map and some films in the process. We learnt from each other, told stories and wandered streets. In the process the Free University of Seething was established. This did a very Seething thing, it took what a university was, stuffy, hierarchical, expensive, and made it Seething, fun, for everyone, for free. Currently, we have a Facebook page where you can enrol; we have curated exhibitions and had a number of lectures. Even though Seething, and its university are a little bit stupid I take my PhD from FUS as seriously, if not more seriously, than the one from UCL as it’s the one that does something, makes it from somewhere and means something great. This is why I encourage you to blog, post, write, and share. Take FUS for your own, for Seething and please, remember to be just a little bit stupid.